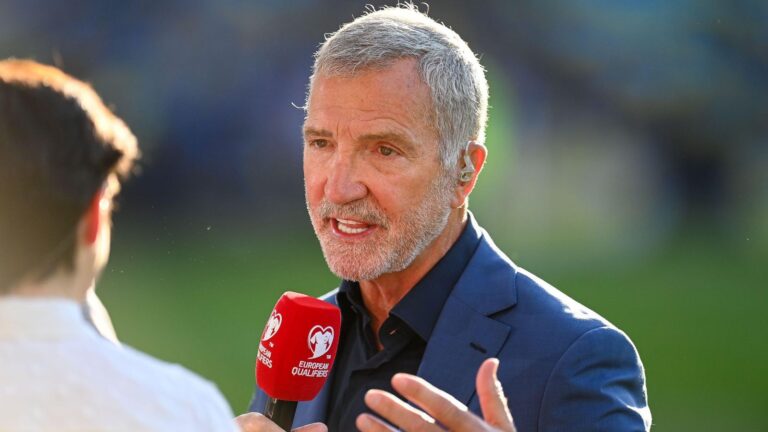 Graeme Souness believes that Manchester United’s summer signing Lisandro Martinez will eventually get ‘pinned down’ – due to his height and build but does concede that he cannot help but love the Argentinian international.

The 24-year-old followed Erik Ten Hag from Amsterdam to Manchester in the summer and has debatably been United’s best player so far this season.

The defender has found an impressive understanding with Raphael Varane who unfortunately has picked up an injury but will return to action in the not so distant future – although the defender could miss out on the World Cup with an apparent hamstring problem.

Martinez’s aggressive style has had a positive impact at United and he has already become a favourite with his passion and desire to defend.

Speaking on talkSPORT this morning, Souness said: “The worry for me is still there, if you watch from set pieces, he’s still used as a blocker or on the near post. He has not got the physique to take on the big guys and mark them man-to-man.

“He has added aggression to their defence and in my experience in dressing rooms, if you have players who are willing to fight or go looking for fights, then you have a few following you. We have played 12 league games and there is a lot to admire about the guy.

“I am a fan of his aggression, one of the first things he did when playing Liverpool was go through Mohamed Salah and for the rest of the game, Salah was looking for him. I like that and I love that. That is how professional sport is played and he did his job on Salah very early.”

Later in the segment of the show, Souness added: “When you are that size, you will get caught out and pinned but there is a lot to like. I do not think he is terribly fast but he’s got something that helps other people and that is his aggression.

“Common sense tells us that at five foot nine, he will get pinned and he will be outsprinted and will be caught out. I cannot name you any central defender in my time that was super successful at that size.”

Martinez was not Ten Hag’s priority central defensive target – that was Jurrien Timber but with Timber signing a new contract, United approached Ajax for Martinez and ended up spending £46.2m on the Argentine. Many fans online have been raving about the 24-year-old’s start to the season – claiming that he ‘was worth every penny.’

After the first two games of the season, United have only been defeated once in the league and have accrued 23 points from ten matches.

The Argentine ranks top for United in: tackles, interceptions, pressures and clearances. It is clear that he is the first choice centre-back for Ten Hag with him starting every league game this season and he has restored stability and determination in the backline with the likes of Diogo Dalot and Luke Shaw improving whilst playing alongside him.

United legend Gary Neville also said yesterday that he thought ‘Martinez has been the best player for United this season’.

United face Real Sociedad on Thursday evening as they aim to take top spot in their group and it is certain that Martinez will start in Spain.