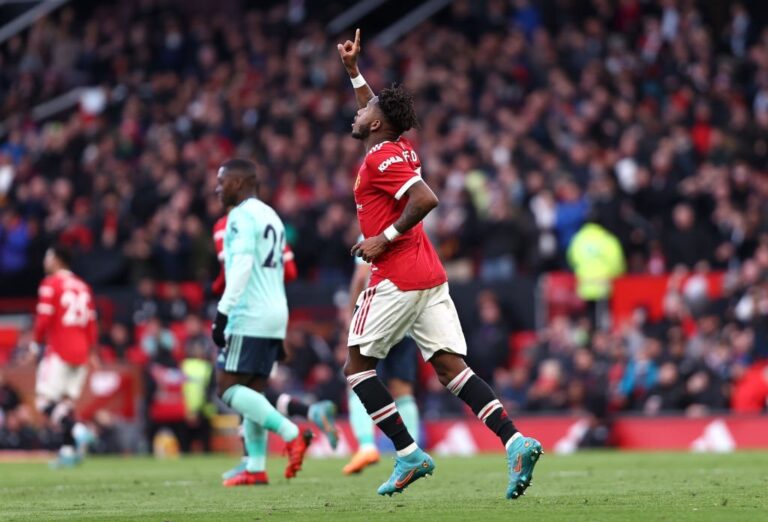 Manchester United will be making the trip to the King Power Stadium with the aim of recording three wins on the spin. Vital victories against Liverpool and Southampton have initiated confidence and poise within the United side.

The 1-0 away victory against Southampton was the Red Devils’s first away win since February of this year – it put an end to seven straight defeats away from home.

It has been a difficult start to the season for Leicester City with them yet to register a win after losing three games and drawing once. The Foxes’ start to the campaign has been hindered by the future of Wesley Fofana who has now joined Chelsea.

The Foxes have only made one summer signing following the departure of club captain Kasper Schmiechel which was backup goalkeeper Alex Smithies.

In what has been a turbulent start to the campaign, Brendan Rodgers appears to be in real trouble with the impending transfer of Fofana to Chelsea. From consecutive finishes just outside the Champions League places, it appears the Foxes have regressed.

Leicester lost last time out against Chelsea after conceding a brace from Raheem Sterling. There were positives to take out of the game albeit the Foxes did play against ten man Chelsea for a long period of the game.

The Foxes come into this game on the back of a five game unbeaten run against United and the last time they were defeated by the Red Devils was at the end of the 19/20 season.

As for United, it has been a busy week in Manchester with the club confirming the signing of Ajax forward Antony and the announcement of Newcastle United’s Martin Dubravka on loan expected to follow shortly.

The Red Devils head into this one off the back of two consecutive victories over Liverpool and Southampton with United keeping their first clean sheet of the season last time out.

Today’s visitors seem rejuvenated after a torrid start to the season and the removal of Harry Maguire, Luke Shaw and Cristiano Ronaldo from the starting eleven seems to have paid off.

United don’t hold a glamorous record at the King Power Stadium with them winning just three times in their last eight league visits. Marcus Rashford is a familiar goalscorer against the Foxes and has netted six times in 13 appearances.

Although United have won two games in a row, Erik Ten Hag will not be getting carried away with his side only scoring four goals in as many matches.

Brendan Rodgers remains hopeful of James Maddison’s fitness and believes he could be in line to start or feature from the bench.

Midfielder Wilfired Ndidi will be hoping to start ahead of Boubakary Soumare who featured last time out at Stamford Bridge.

Unless there is a late turn of events, Youri Tielemans is expected to remain at Leicester and is in line for a start against United.

With two games in four days, Ten Hag may be inclined to rest a few players ahead of Sunday’s clash with Arsenal. Scott McTominay is likely to be replaced by summer signing Casemiro and Christian Eriksen could be displaced by Fred.

Anthony Martial is still absent, confirmed Ten Hag in his press conference yesterday which could result in a start for Ronaldo who is set to stay at the club this summer despite his agent attempting to secure him a move away from Old Trafford.