What Antony Brings to Manchester United 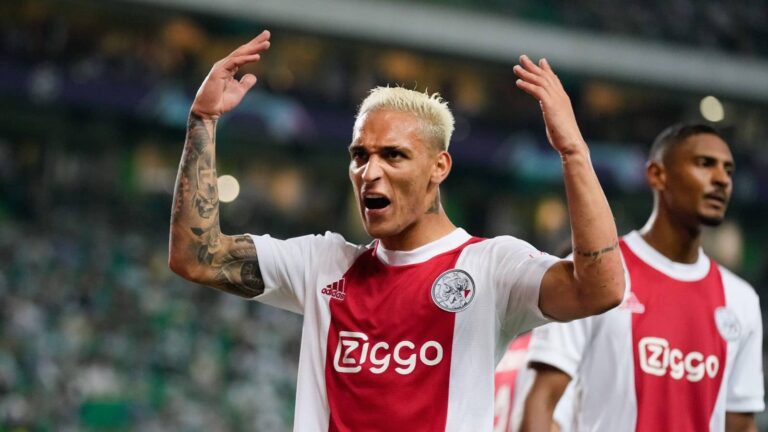 Fabrizio Romano recently announced that the Brazilian star Antony has completed a €95m move from Ajax to Manchester United, potentially rising to €100m in add-ons. The contract will run until 2027 with a club option for a further year. The mercurial forward becomes the most expensive departure in Eredivisie history.

The young right-winger was one of Erik Ten Hag’s priority signings to complete this summer, and rightfully so, because he joins the club along with Lisandro Martinez as two footballers who played a pivotal role in Ajax’s sustained success under the Dutch manager. The arrival of Antony will no doubt provoke a sense of intrigue amongst Manchester United fans, who are excited to see how he can evolve a forward line that struggled with offensive creativity and statistical output last season.

The FBRef statistics above are from Antony’s total appearances for Ajax last season in the league. In twenty-one starts for Ajax in the Eredivisie, the Brazilian scored eight goals while providing four assists. The total number of contributions isn’t astounding on paper, but that’s because his statistical output lies in the numbers outside his goals and assists. The G/A contributions will come with experience, similar to how a young, explosive Cristiano Ronaldo developed at the club in the mid-2000s.

Even at the age of twenty-two, Antony adds much-needed confidence to an offense that previously crumbled under the responsibility of doing the unexpected last season. All of Manchester United’s forwards bring different attributes to the starting lineup, but Antony possesses a tactically fluid skillset that few players have in world football.

Antony progresses the ball in the offensive third in multiple ways. As a natural left footer, he often makes inverted runs across the pitch, or if that isn’t an option, he can extend the width of play by hugging the byline. He drives at defenders with his natural speed and flair on the ball, which allows him to generate space for himself and his teammates to formulate shot-creating actions. The Brazilian is confident enough to create goal-scoring opportunities for himself, but isn’t overly selfish to recognize when to give the ball to teammates in better positions.

While the transfer fee paid appears frivolous at first glance, there is no doubt that Antony possesses the quality and potential to become one of the best players in the world. It will be very exciting to see how this player continues to develop under Erik Ten Hag.

Cristiano Ronaldo believes he was betrayed by Manchester United